ALS (amyotrophic lateral sclerosis) is a neurodegenerative disease that affects the body both mentally and physically by attacking nerve cells in the brain and spinal cord. It’s often called Lou Gehrig’s disease, for the New York Yankees Hall-of-Famer who was forced to retire after being diagnosed with ALS in the 1930s.

Lou Gehrig’s disease mostly occurs in people between the ages of 40 and 70. There are about 200,000 affected Americans. It kills the motoneurons in your brain, weakening your muscles and making general movement difficult. It is fatal due to breathing difficulties that arise later in the disease progression. 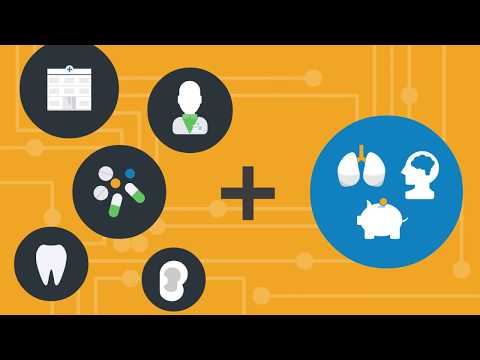 Even if you are not yet 65 years old, you can qualify for Medicare if you are diagnosed with ALS! There is no age limit for this qualification, you’ll just need to collect SSDI (Social Security Disability Insurance) first. People with Lou Gehrig’s disease can enroll in Medicare after collecting SSDI, but keep in mind that there is often a five-month waiting period between the time that you apply for SSDI and the time that you start receiving benefits.

ALS is also a qualifying condition for a Chronic Special Needs Plan, or CSNP. CSNPs provide additional persk like low out-of-pocket costs and the ability to change plans during any time of year with a Special Enrollment Period.

Everyone who enrolls in Medicare will begin with “Original Medicare.” This includes Part A (hospital, hospice, skilled nursing, home health) and Part B (preventative services, mental health, lab tests, x-rays, emergency transportation, medical equipment). You may have some premiums, copayments, and deductibles to pay, but parts A and B will cover your hospitalizations, doctor visits, and most medical equipment. It will NOT cover your prescriptions - for that, you have a few options.

Once you’ve enrolled in Original Medicare, you can talk to an agent about enrolling in either a Part D plan or Medicare Advantage, also known as Part C. Part D is exclusively for prescription drugs, but Part C includes other benefits. Part C plans can include physical fitness, extra home health benefits, non-emergency medical transportation, meal delivery, and so much more.

You may consider asking a doctor about Lou Gehrig’s disease if you or a loved one begins to experience frequent tripping or falling, general muscle weakness and muscle cramps, slurred speech, memory loss and dementia, and overall difficulty with daily activities. In most cases, the disease begins in the hands, feet, arms, and/or legs before spreading to other parts of the body. Towards the end of the disease’s progression, people will often have difficulty chewing, swallowing, speaking, and even breathing.

How is ALS Diagnosed?

The ALS Association calls Lou Gehrig’s disease “a difficult disease to diagnose,” so it’s always a good idea to get two or even three opinions on your diagnosis. This is because most of the symptoms can be an indicator of a number of different diseases. The diagnostic process generally needs to begin by ruling out other diseases. Diagnostics may begin with a neurological exam and a series of x-rays and can increase to muscle and nerve biopsies, cervical spine myelograms, spinal taps, and electrodiagnostic tests.

Myelograms involve an injection in the spine that when x-rayed, allows a doctor to evaluate the spinal cord, nerve roots, and spinal lining. A spinal tap involves removing fluid from the spine through a hollow needle inserted in the lower back. That fluid is tested for infections and nerve disorders. Electrodiagnostic tests involve recording the electrical activity within the muscles and nerves and can show any nerve damage.

Biopsies, myelograms, spinal taps, and electrodiagnostic tests are all diagnostic services. As long as your diagnostic services are deemed necessary and viable (a doctor can prove that the test was necessary for the diagnostic process), you will be covered by Medicare Part B. You may be responsible for 20% of the service and/or a copayment. If you also have Medicare Advantage, you may have more coverage. Depending on your plan, you may not have to pay the 20%.

There are two different forms of the disease: sporadic and familial. The difference is in the way the disease is contracted. Familial ALS is inherited, and those who are diagnosed with the familial disease have a 50% chance of passing it on to their children. Only between 5-10% of diagnoses are familial.

Researchers are looking into four main causes of Lou Gehrig’s disease. Those who inherit familial ALS have a gene mutation, but those with sporadic ALS seem to develop the disease through one of three ways: higher-than-normal levels of glutamate (a chemical in the brain’s nerve cells), an overactive immune system that attacks its own cells, or mishandled proteins. Proteins are large molecules that perform most of the “work” for your body’s cells. Patients with Lou Gehrig’s disease typically have proteins that the body has not processed correctly, leading to abnormal protein formations, which can damage or kill nerve cells.

What is the ALS Life Expectancy?

The life expectancy for a person with a Lou Gehrig’s disease diagnosis averages between two and five years after the initial diagnosis. Some people do live for more than five years, and up to ten percent of those diagnosed can live ten years or more, but complications and quality of life will worsen. Life expectancy also depends on how early the disease is diagnosed. Famous physicist Stephen Hawking was a brilliant exception, living for 55 years after his diagnosis.

While there is no cure or vaccine of any sort for Lou Gehrig’s disease, research is drastically improving. In 2017, the Japanese drug Edaravone/Radicava became the first FDA-approved drug that slows down ALS progression.

Though people like Lou Gehrig himself and Stephen Hawking did bring mild attention to the disease, nothing brought attention to it more than the Ice Bucket Challenge. The challenge was a craze in the summer of 2014. The ALS Association encouraged their social media followers to pour a bucket of ice water on themselves and share a video of it. Once you complete the challenge, you are supposed to donate money to the association and then “challenge” a friend or two to do the same.

In the digital age, simply asking people to donate money is not enough. A fun challenge like dumping ice water over your head and sharing it on social media to really spread the word can work wonders. The challenge brought in millions and millions of dollars towards research to find a cure.

In 2019, there is no known cure for Lou Gehrig’s disease. The number one treatment option is a drug called riluzole, which slows the disease’s progression and helps control symptoms. However, the drug is expensive and not always effective. There are some options to alleviate symptoms as they worsen. Drugs like baclofen and diazepam can control muscle spasms, and gabapentin is often prescribed to help control pain.

People with the disease often have a hard time swallowing and are at risk of getting foods and liquids in the lungs, causing pneumonia. Feeding tubes and drugs like trihexyphenidyl and amitriptyline can help prevent this. Most people will also have a hard time breathing, so a doctor may prescribe a breathing device or a tracheostomy. A tracheostomy creates a hole in the neck to fit a respirator that inflates and deflates the lungs when the body can no longer perform that task on its own.

When it comes time to figure out how to pay for your ALS treatment, you should consider speaking with a Medicare agent who is contracted with multiple major plans and can offer you an unbiased opinion. Call us to set up an appointment at 844-431-1832 or click here.

By providing the information above, I grant permission for Medicare Health Benefits Independent Broker, MedicarePlanFinder.com, and its affiliated agencies to contact me to discuss Medicare Advantage, Prescription Drug Plans, or Medicare Supplement products. Not affiliated with or endorsed by Medicare or any government agency.